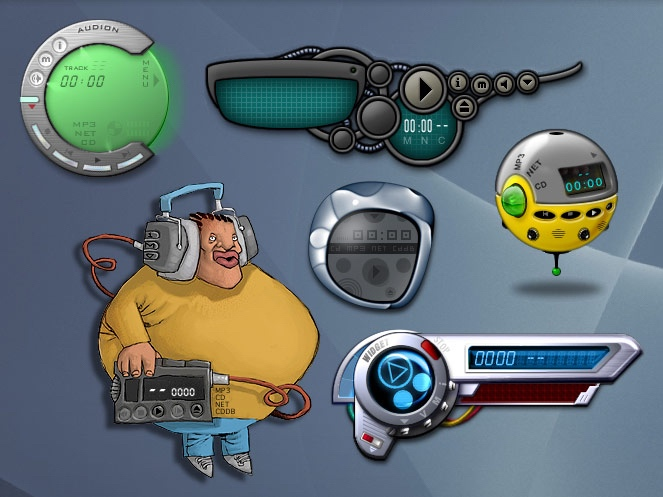 via imgur, the above are all non-rectangular alpha-transparency-having themes (or “faces”) used by Panic’s Audion from 1999 to 2004.

There is a sad story about how it almost became iTunes, but because the developers were already in talks with AOL they tried to invite AOL to their Apple meeting and… apparently AOL couldn’t fit it in their busy schedule, so, iTunes was instead based on an inferior player distributed by Casady & Greene called SoundJam which looked like this: 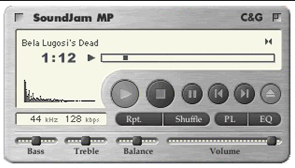 edit: TIL that in 2021 Panic released “a stripped-down version of Audion for modern macOS to view these faces”. Unfortunately all of the screenshots in the linked directory appear to be 404 now, but the faces themselves do appear to be downloadable. (Also unfortunately, there still doesn’t appear to be a player that can use them without running a proprietary OS…)

It really whips the llama’s ass! 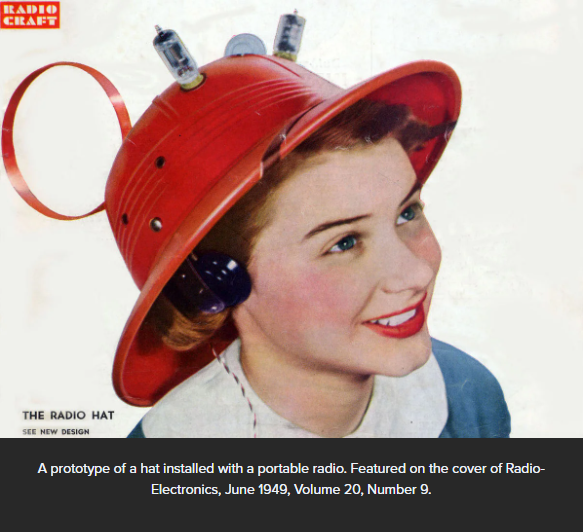 This is awesome! Who wouldn’t want a radio hat like this one?

A lot of people used it in these years

Oh, my! What a treat it is to behold such wonders! Many thanks for sharing! :D

Everybody gangsta until their internet connection craps out.

Bro, only Elisa on KDE

I’m from THIS generation 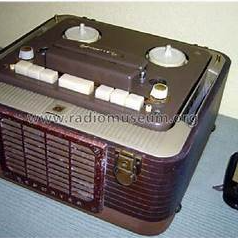 anyone remember the USB audio players for music like the iPod but cheap and tiny, mine finally died USB A in and 3.35mm out RIP my old friend

My first MP3 player was a cheap Sandisk Sansa E130 in the age of the iPod. One of the best MP3 players I’ve ever had, used AAA batteries, came with a whopping 8GB storage AND SD card support! Great sound and battery life, 5/5 stars.

Edit: I remembered wrong, it came with 512MB storage, the SD card I had was 8GB lmao

I have a similar one and installed Rockbox on it. Now it can not only play music, but also Doom. 🙃

Oh, I remember! My first MP3 player could play music from an SD card, no idea of the brand. Later I got Creative Muvo V200 that also had a radio. 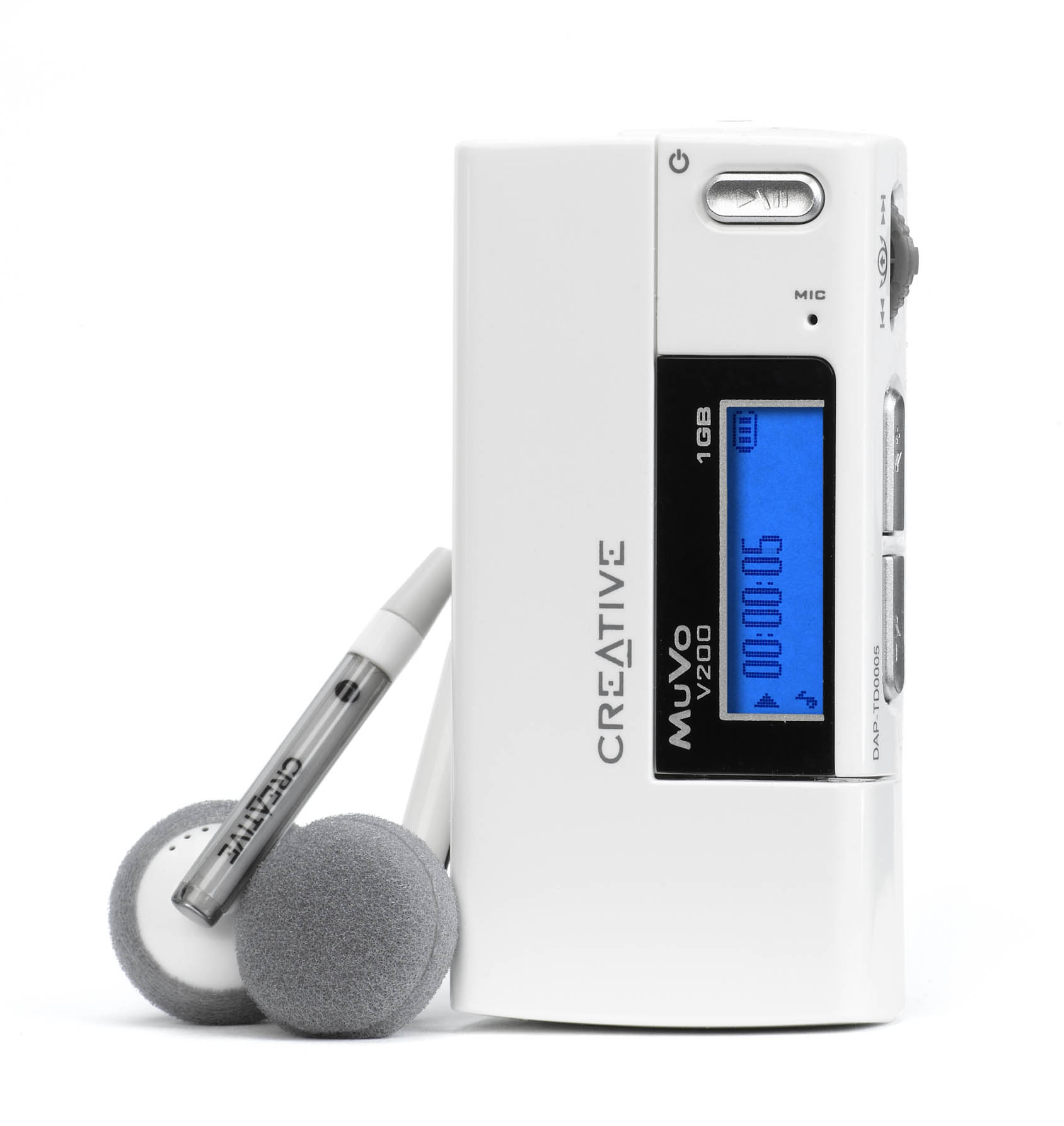 In 2006 I got my fist phone, Nokia 6630. Some years afterwards I bought a headphone adapter for it, a 2GB memory card and downloaded a good MP3 player software. Then I used it as my “daily driver” for listening MP3’s for years. At the time it wasn’t really common to use only a phone for such purpose. 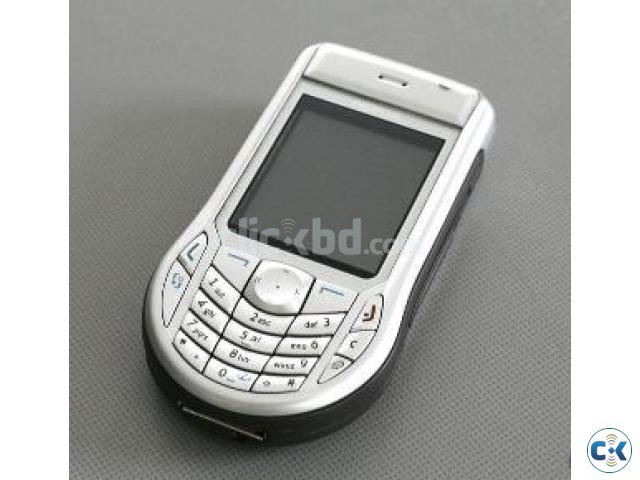 I had the muvo!! I loved that thing.

Smartphones really did wipe out a ton of those single-function devices.